The National Records and Archives Authority of the Sultanate of Oman organizes its Eighth International Conference, this time on the topic of “Omani-German Relations during the 19th and 20th Centuries.” It aims at studying the different aspects of these relations since the arrival of the Germans in East Africa and the Gulf, and the German role in historical, economic, social and cultural studies of Oman. It also explores the German-Omani political and economic rivalry in East Africa as well as the German involvement in the issues of the royal family in Zanzibar.

This conference aims at deepening our understanding of the history of 19th -20th century Omani-German relations, and at furthering research in this field, bringing together scholars from the Sultanate of Oman, Germany and other countries.

Prof. Dr. Michael Jansen, director of the Research Centre Indian Ocean, participates in the conference, presenting his research activities on the architectural conservation and heritage management in Oman.

The National Records and Archives Authority of the Sultanate of Oman 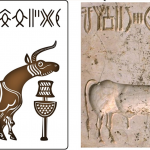 International Conference on the Indus Script 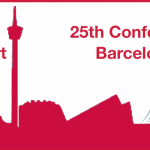