On the occasion of 70 years of German- Pakistan Diplomatic Relations (1951-2021) and 60 years of German- Pakistan Forum (DPF) (1960-2020), the President of the German-Pakistan Forum has the honor to invite to the festive presentation by His Excellency Aizaz Ahmed Chaudhry, Director General of the Institute of Strategic Studies, Islamabad, (ISSI) on “Emerging Geostrategic Dynamics and Implications for Pakistan and South Asia”.

Ambassador Aizaz Ahmad Chaudhry has served as a member of the Foreign Service of Pakistan for 37 years, rising to the rank of the Foreign Secretary of Pakistan for over three years from December 2013 to March 2017. Mr Chaudhry’s last diplomatic assignment was as Ambassador of Pakistan to the United States of America. He also served as Ambassador of Pakistan to the Netherlands, Foreign Office Spokesman, and deputy permanent representative of Pakistan to the United Nations in New York. He authored a book “Pakistan mirrored to Dutch eyes” published by Sangemeel publications. After his retirement from the Foreign Service, Mr Chaudhry has been serving as the Director General of Institute of Strategic Studies Islamabad since June 2018. Mr. Chaudhry holds Masters in International Relations
from Tufts University, Massachusetts, and a First Class First Bachelor of Science from
Punjab University, Lahore.

The event is taking place in cooperation with the Embassy of the Islamic Republic of Pakistan to Germany, H.E Ambassador, Dr Mohammad Faisal, supported by the German Embassy, Islamabad, Pakistan, the Honorary Consul of the Islamic Republic of Pakistan for Bavaria and Baden-Württemberg, Germany, Dr Pantelis Christian Poetis and by the Chairman of the Inter Country Committee Germany- Pakistan of Rotary International, Dr. Klaus Klennert. 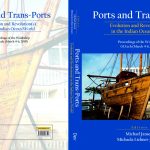 Proceedings of the “Ports and Trans-Ports” Workshop (Analog Version) 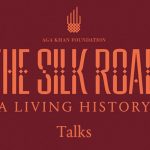 The Silk Road: A Living History